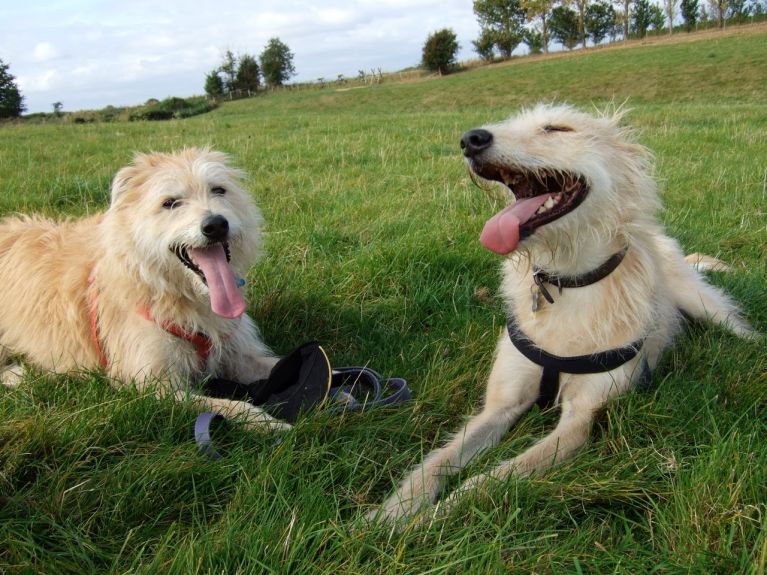 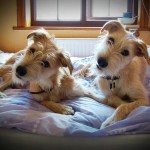 It seems like such a long time ago now, but I clearly remember my girlfriend telling me that now she was going to become a yoga teacher, we would be able to have a dog as she would be at home a lot more. BOOM! It was like all my Christmases had come at once. Finally, we would have a dog.

I had had dogs all my life as my parents always ensured we had them – one Alsatian and four dobermans whilst me and my sister were growing up. And now we could have our own in our first house! I think it’s fair to say I didn’t sleep much that night…

So we ended up going to the local Dogs Trust rescue shelter and had a good look around. We had decided to go for one older dog but just couldn’t choose one we liked on the first visit. On the second visit there were a couple of young lurchers that looked mad and cute in equal measure. But they were young and we didn’t want two! The trouble was, I think they were intuitively calling us, as we just couldn’t get them out of our minds!

And that is how it began – a journey of love, laughter and madness that continues to this day. This is Belle and Lacey… 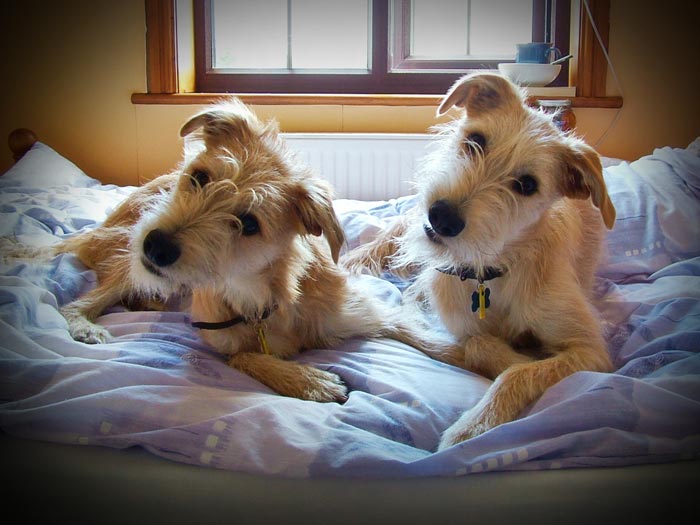